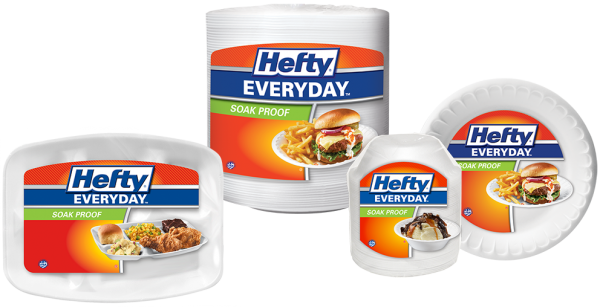 We all know dealers and effect creators can use clever wording to hide some important fact so we buy their overpriced chod, but this one really does take the piss.

Go read the description of this ‘miracle’ for yourself on your fave magic dealer site.

You’ll notice right off the bat that they say the card or drawing is placed under an opaque dinner plate. You might think ‘great, I can do that in a restaurant. Well you can if the high class establishment you eat in uses Styrofoam plates.

And there lies the problem. When it said ‘dinner plate’ did you even think for a moment it meant ‘disposable plate’? Maybe a few trailer trash types who only ever eat of that kind of plate did, but the rest of you?

But let’s continue… it says ‘a card is placed under a plate’. What would be more accurate, would be to say ‘you hold the card in your hand and put a plate on top of that’. Yeah not nearly as impressive sounding now is it?

And then it says … ‘You are able to name the card by simply placing your hands over the plate. There is nothing concealed in your hands at any time!’ Hands over? Well one of them, the other one is under it holding the card, until near the end when you toss the whole lot on the table. And as for nothing being concealed in your hands at any time, do they mean ‘nothing except the card which you have to hold for most of the routine?’

As for test conditions, if you turned up at the institute of paranormal investigations and whipped out a disposable plate and a deck of cards, I somehow don’t think they’d consider it ‘test conditions’.

‘Fools even the most well-informed magicians! Use a borrowed deck of cards if you wish.’ – great idea, rule out the idea that the deck is gaffed and then bring out a Styrofoam plate, which the magicians it fools would then pick up afterwards and within 20 seconds figure out exactly how it worked.

I guess if they’d have been honest and said ‘fools stupid magicians’ they would not have sold as many.

* “Impossible DEVINation is so clean, I think I will call James Randi for his $1,000,000 challenge!” — Patrik Kuffs, Mind Stunts DVD

BULLS*IT. If Kuffs called James Randi and said ‘gimme a million bucks for seeing through a plastic plate’, I suspect James Randi might just figure it out. I believe Randi does insist on certain conditions for proof of psychic ability, and using a heafty brand plate aint one of them.

* “I feel the effect is well worth the asking price and worth ten times that if you use this in your professional performances. If you’re a mentalist, you’ll want this for sure.” — Steve Brooks, The Magic Cafe

* “When I first got Impossible DEVINation, I broke my own rule of handling the props before reading the instructions. I could find absolutely no clue as to the method. When I read the instructions, I was delighted to find out how deceptive and easy it is.” — Bob King, Author of the Breather Crimp books #1, 2, and 3

Ohhh come on Bob. You put a card under the plate and didn’t notice anything? Are you freakin’ blind or were you just puffing the magic dragon that day?

Do yourself a favor, go buy some Styrofoam plates, put a card in your hand and the plate on top, fiddle about just a bit and see what you notice – well done you just saved $20. If they had been just a little less deceptive in the advertising it might not have been so bad, but the ad for this is totally misleading.